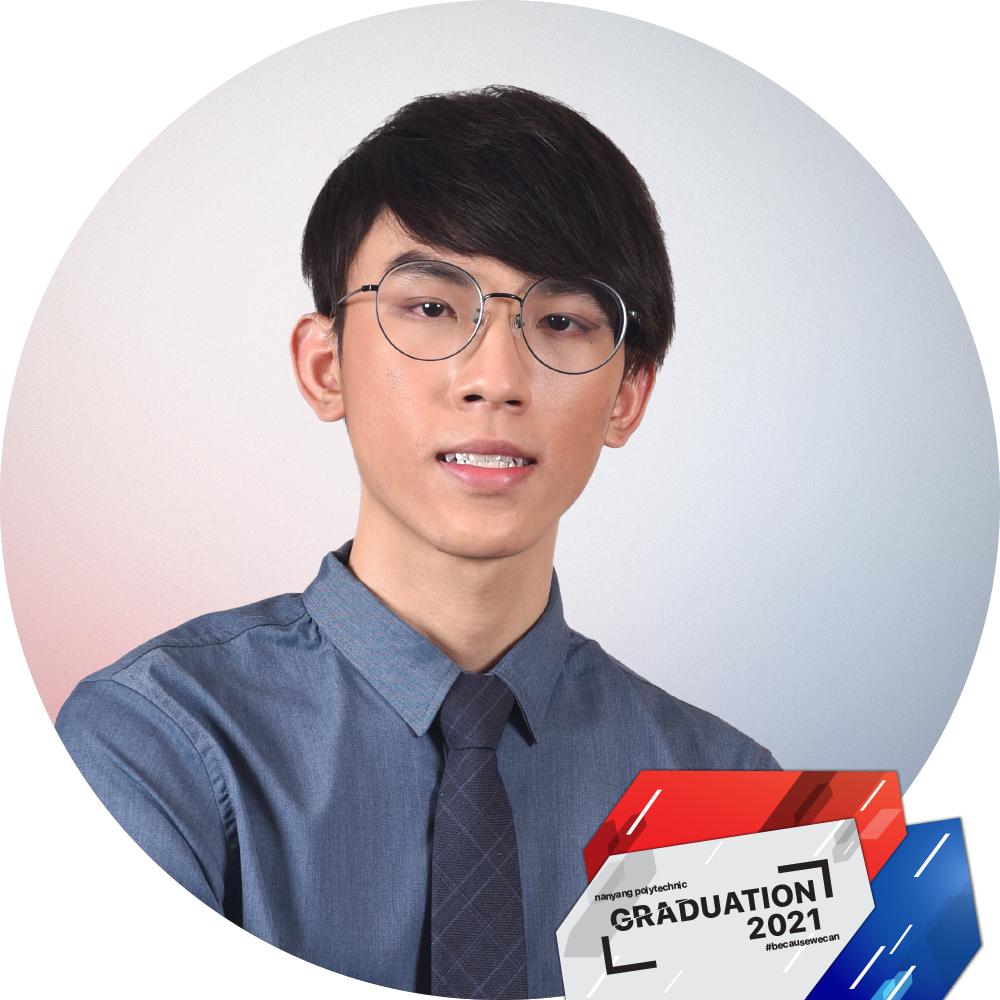 The Lee Kuan Yew Award for Mathematics and Science

I was not academically inclined in my earlier years. I was in the Normal Academic (NA) stream in secondary school, and I was convinced that I wouldn't go far. My weakest subject was Mathematics, and I failed four subjects in Secondary Three.

After my N levels, I was a little surprised that I did well enough to qualify for the Polytechnic Foundation Programme (PFP). As the name suggests, you spend a year at the polytechnic, doing foundational modules rather than Secondary Five to do the O Levels.

NYP was the only school that offered a Diploma in Nanotechnology & Material Science, a course that has both Physics and Chemistry – subjects I was really interested in.

My PFP year was life-changing: there, I honed strengths and abilities that I didn’t know I had. Mr Raymond Woon was the first lecturer who understood my weak foundation in math. He was extremely patient and never gave up on me. In just a year, Mr Woon helped me tremendously; I went from failing math to getting an A for my final math grade in PFP.

Because of Mr Raymond, I went on to score As for the rest of my math modules in poly. I was also awarded the top graduating student in the Engineering cluster for the PFP. It made me believe that I can achieve more.

My time at NYP has been an enriching one. In Year Two, I signed up as a Youth Expedition Project Volunteer, and participated in installation and repair works on a primary school in Chiang Mai, Thailand for two weeks. It opened my eyes to how fortunate I am as a student in Singapore.

I enjoy pushing my limits and learning from others, which is why I participated in several competitions while I was at NYP. I won a Gold Medal in the 27th Singapore Robotics Games and a Medallion for Excellence Award for Mobile Robotics at WorldSkills Singapore 2020.

In my final year, I had the opportunity to intern at the Agency for Science, Technology, and Research’s Institute of Microelectronics for 24 weeks. There, I was proud to be able to work on the design of a pyroelectric gas sensor device (it can detect harmful gas chemicals in the air). I even picked up multiple R&D skills, like learning how to use industry-level software (like COMSOL Multiphysics and OriginLab). These skills will give me a leg up when it comes to applying for a position at R&D companies.

I am proud to be graduating with the Lee Kuan Yew Award. I have also been offered spots in Nanyang Technological University and National University of Singapore, and am currently deciding between the two. My co-supervisor at A*STAR also shared with me his post-doctoral experiences and I’m inspired to one day pursue a PhD. .