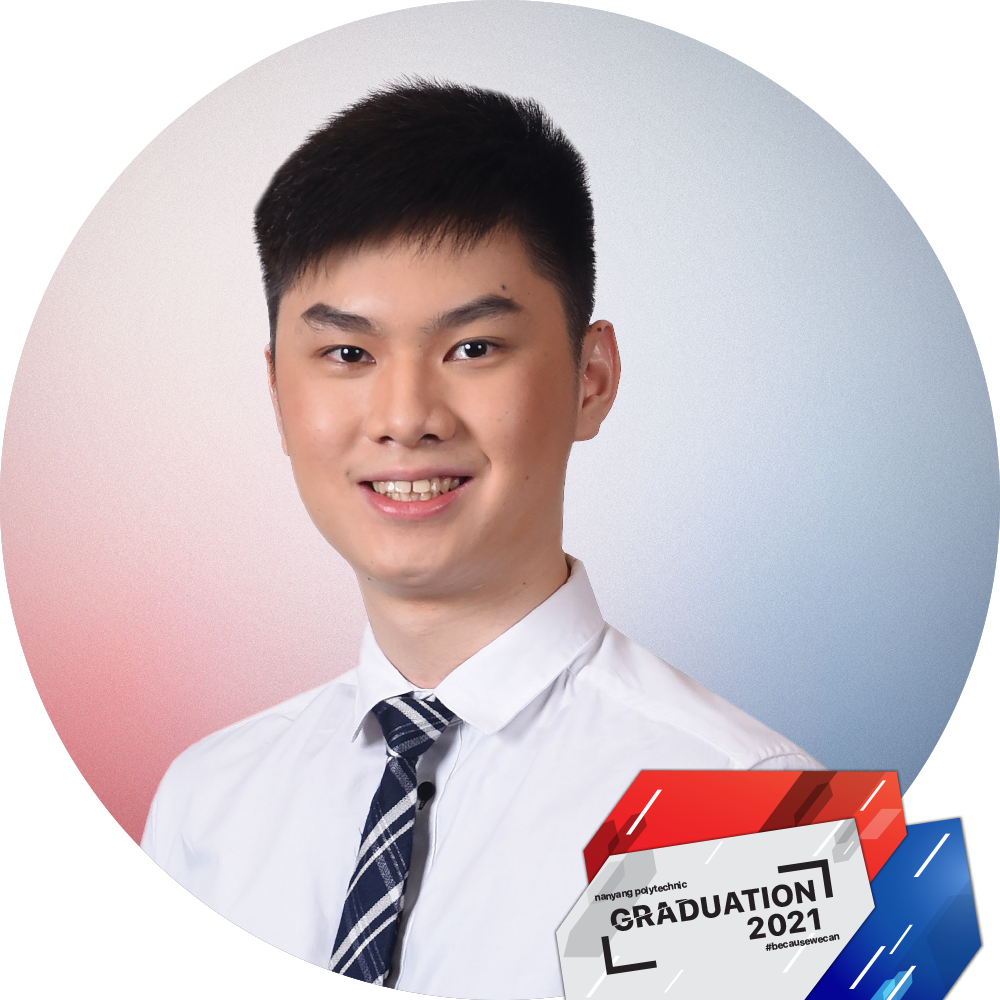 The Lee Kuan Yew Award for Mathematics and Science

I built my own computer system by going through YouTube videos. I bought an off-the-shelf PC, which contained the bulk of components on my wish-list at an affordable price. Then, I began upgrading the components. And before I knew it, my dream PC became a reality.

So yes, I am at heart an IT geek, but with a sporty side – I’m also an avid kayaker, having picked it up during my days in the National Cadet Corps in secondary school.

After my N levels, I joined NYP via the Polytechnic Foundation Programme (PFP) route. This is a one year you spend at the poly to do foundational modules instead of doing the O levels. I was set on taking up the Diploma in IT as I knew I wanted to make a career out of my passion. The PFP at NYP gave me a solid foundation and helped me overcome my fear of public speaking, and taught me how to communicate effectively.


One of the most memorable moments for me was being selected to represent NYP at WorldSkills Singapore in the Cloud Computing category. It wasn’t easy – I spent eighteen months training for the qualifying round and getting the necessary certifications. All of that had to be done during my mid-semester and end-semester breaks. But it was time well spent – I managed to learn from the experts, even a senior who represented Singapore at the WorldSkills Kazan 2019, the global leg of WorldSkills! Winning the Bronze Medal at WorldSkills Singapore felt great and I’m a lot more confident in my Cloud Computing skills now.

Another memorable highlight was participating in the Amazon Web Service (AWS) Build On Challenge. Locally, we finished third and went on to represent Singapore at the ASEAN level. We analysed our competitors’ performance at the qualifying round to find out what made them stand out. We realised that while our technical skills were strong, we were not substantiating our case with clear past examples. So, we reworked our presentation and managed to clinch first place at the ASEAN level! I’ll never forget that triumphant feeling.

I aspire to be a cloud-solutions architect. My journey at NYP gave me numerous opportunities and opened my doors to a whole new world. I’ve received offers from Singapore Management University and Nanyang Technological University, and I’m looking forward to deepening my skills and being one step closer to my ambition.