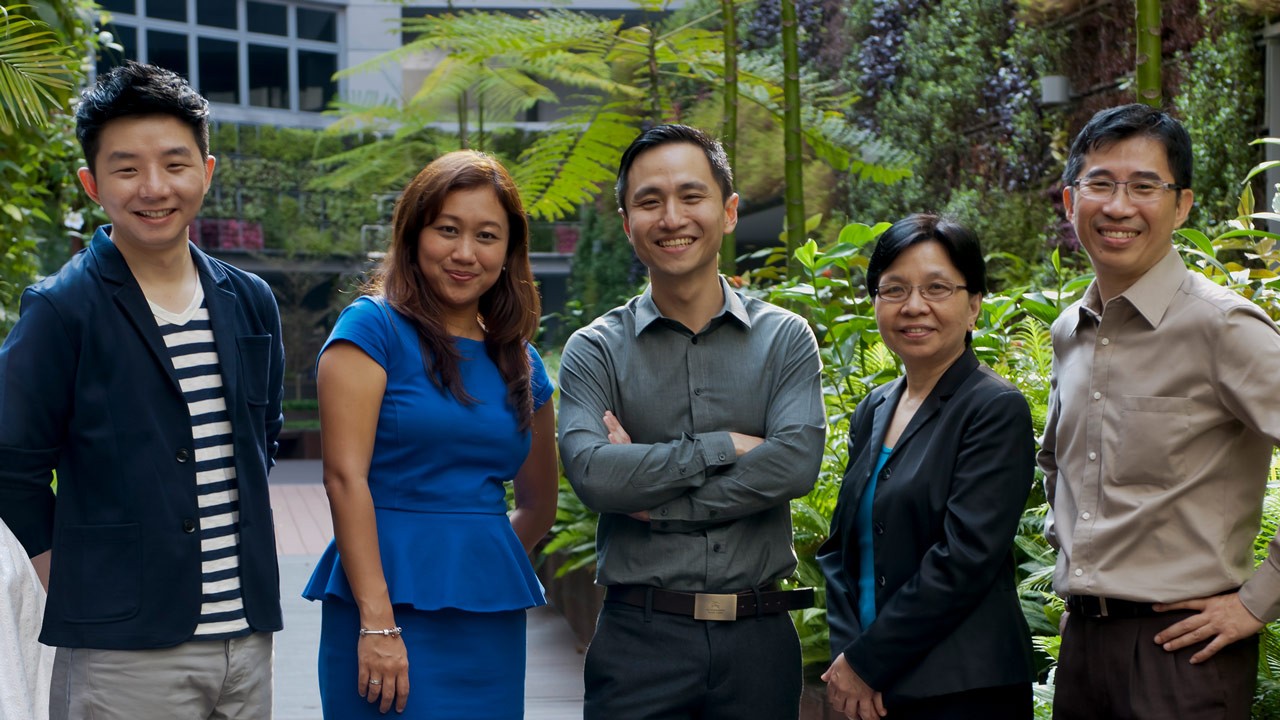 His teachings continue to resonate even after graduation

Meet Eugene, who has been teaching Accountancy & Finance in the School of Business Management for nine years. Formerly an auditor, Eugene joined NYP because of a calling to teach. Friendly and very approachable, Eugene is often seen having friendly chats with his students. Despite his tight schedule, Eugene is always willing to spend extra hours to help his mentees with academic matters or personal issues.

Understanding that students are often distracted by technology, he tries to liven up his classes by providing real life examples of auditing scenarios that cannot be found on the Internet. Many students look up to him as a role model, and always visit him to catch up with him even after they graduate from NYP. His former students will also tell him that what he taught them was applicable to them in real life. Many also consider him one of the best mentors they ever had.

What is your teaching philosophy?

I was once a student in a tertiary institution and I know exactly how the students feel when they are dealing with subject matter. I am now teaching the same subjects, so when I prepare my notes and conduct my lessons, I try to address the same issues that I faced and get the tougher concepts through to them. Also, I try as much as possible to relate to the students in a personal manner and gain their trust. I realise that in doing so, it makes them more willing to listen to you, which makes teaching easier in an age where technology is a major distraction for many students.

A student once approached me to share some personal issues. This may seem quite normal except for the fact that the student is an introvert and does not interact much. Outwardly, the student seemed to be cheerful, but I could sense that something was not quite right and so I asked the student about it. At first the student dismissed my concern but approached me privately and shared that a parent had a serious medical condition and was terminally ill.  So, I visited the parent on a couple of occasions to assure the parent that the student was doing well. In doing so, I grew quite close to the family. The parent passed away soon after, which left me feeling a little devastated. However, until today, I am glad to have in some way helped to ease some of the concerns that this parent had for the child, so that the parent could pass on peacefully. The family and the student were very appreciative, and I am glad the student went on to do very well academically.

What is one thing most people do not know about you?

I am an avid football fan and I sometimes use this as a platform to connect with the male students. I support the best football club in the world - Tottenham Hotspur.