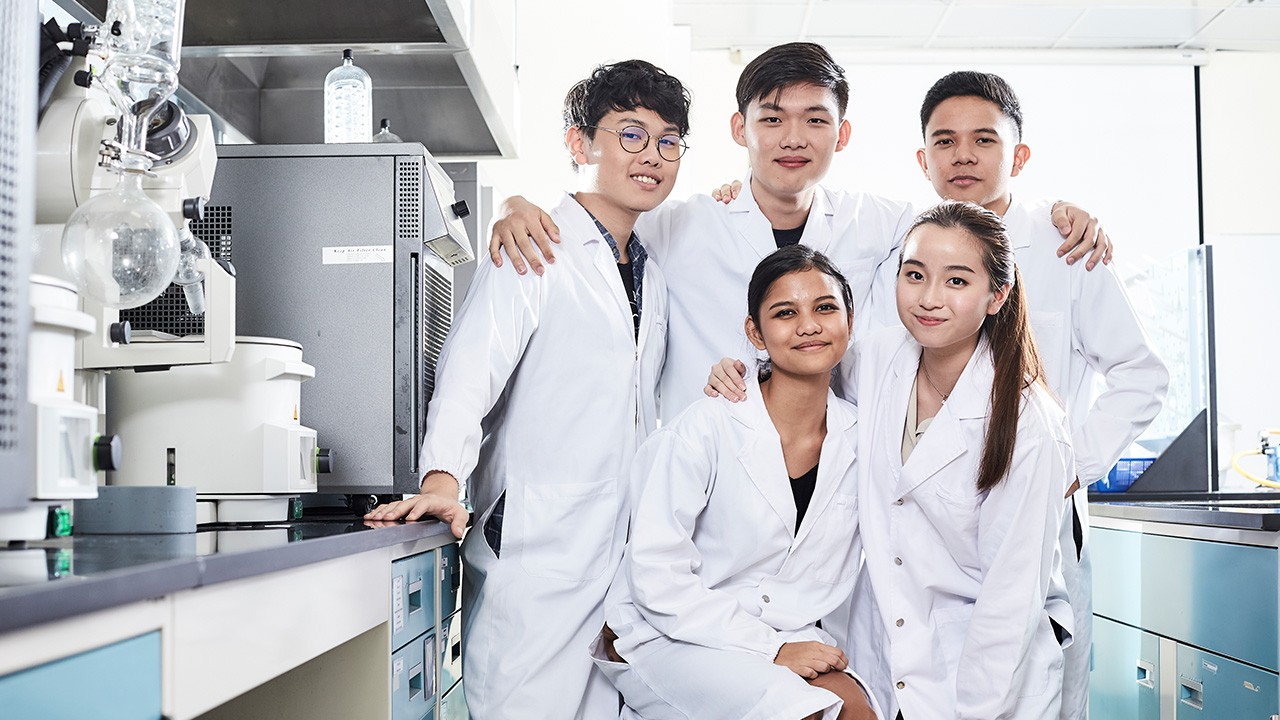 Three years ago, Jiahui failed his “O” levels English and did not get into the polytechnic course of his choice. But this did not stop him from putting his best foot forward and making the best out of his polytechnic education. In his 3 years in the Diploma in Molecular Biotechnology, he not only excelled in many national competitions such as the LKC Anatomy Challenge and Crystal Growing Competition, he was also the NYP German Club President, took part in the TFSCALE Program with Kasetsart University (Thailand), completed a 6-month community project with Touch-Diabetes Singapore and a regular tutor for underprivileged primary school children! He graduated as the DMB Gold Medallist and also clinched the coveted Lee Kuan Yew Award! Jiahui hopes to pursue either a course in Environment Earth System Science or Life Science in the future!

Koh Jin Hao was awarded the Ngee Ann Kong Si All-Rounder Award which was given to the most outstanding all-rounder graduate of the 2020 NYP graduating cohort. Hailing from the Normal (Academic) stream, Koh Jin Hao could identify with the struggles of academically weaker students. So for 4 straight semesters, he was the weekly peer tutor for a total of more than 20 juniors in SCL! He always strive to use creative methods during tutoring sessions and continued to help his tutees with their queries at night as well as in the weekends. Driven by a passion to help others, he was also the overall student leader for Toy Buffet 2019 as well as one of the student leaders whose team built a water distribution system for an orphanage in Bintan! As the Silver Medallist of the WorldSkills Singapore (Water Technology) and the DCGT Gold Medallist, Jin Hao graduated with a perfect GPA of 4.0 and was offered the NTU College Scholarship! He aspires to pursue a career in chemical/ environment engineering in the future!

Nurul Azlyn Bte Mohd Nor, a Diploma in Medicinal Chemistry student was attached to the NUS Department of Pharmacy, where she applied her knowledge on nanochemistry to solve medical challenges. The project involved making nanohydrogels and using them as an effective delivery mode for anti-bacterial medicine.  In recognition of her research efforts and confident presentation skills, she received the following awards:

Ridhuan was highly motivated to work hard in Poly as he is passionate about making chemicals and medicines. And although he's sponsored under the Joint Poly-SAF Diploma Scheme, he was humble and did not forget to pay it forward. As a peer tutor, he spent hours every week after school coaching junior students with ITE background. His overseas internship at Cardiff University was a life-changing experience for him as he forged new friendships with chemists from all over the world!