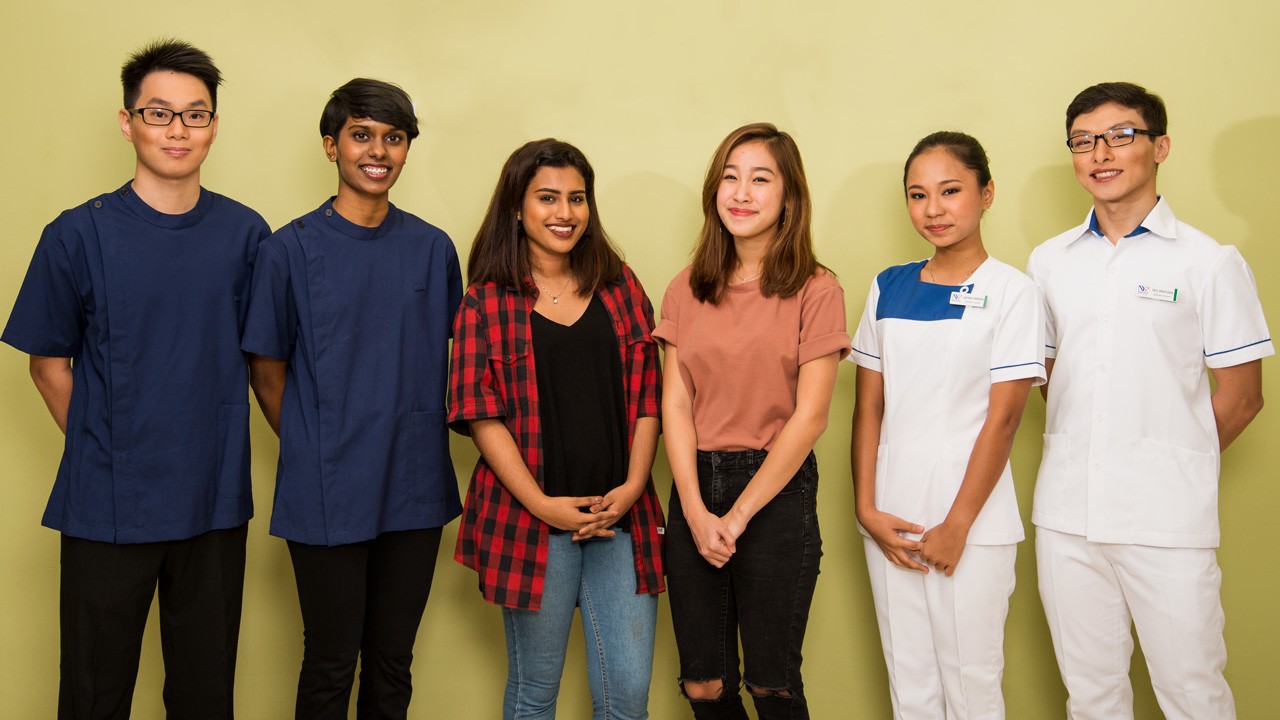 Our nursing students, Fazira Binte Zulkifli and Chee Jee Mei Pearlyn have done  us proud by taking home the Gold and Bronze medals respectively in the Health and Social Care category of Worldskills Singapore 2016.

The results were announced on 15 July 2016 at the Closing Ceremony held at ITE College Central.

The nationwide skills competition saw a total of 150 young talents from the five polytechnics and ITE go through gruelling assignments in 17 different trades and skills from 7 to 9 July 2016.

Mr Ong Ye Kung, Acting Minister for Education (Higher Education and Skills), officiated at the closing ceremony and presented medals to the winners, together with Cash Awards of $3,000, $2,000 and $1,000 for Gold, Silver and Bronze medals respectively.

Fazira, demonstrated true resilience during the competition. Her grandmother passed away a week before the competition, and although she was grieved, she told herself to hang on and strive to treat each patient like how she would treat her loved ones.

She said: "I feel really thankful and happy. The medal is not only due to my effort but also the effort of my school and those who supported me. It was rough and at times I broke down while training because I also had to cope with school projects, but my lecturers Ms Sandra Lim and Mdm Tan Kum Tien never gave up on me, even when I wanted to give up.”

Congratulations and well done to all our winners! Our Gold medallists will go on to represent Singapore at the 44th WorldSkills Competition in Abu Dhabi, United Arab Emirates in October 2017.